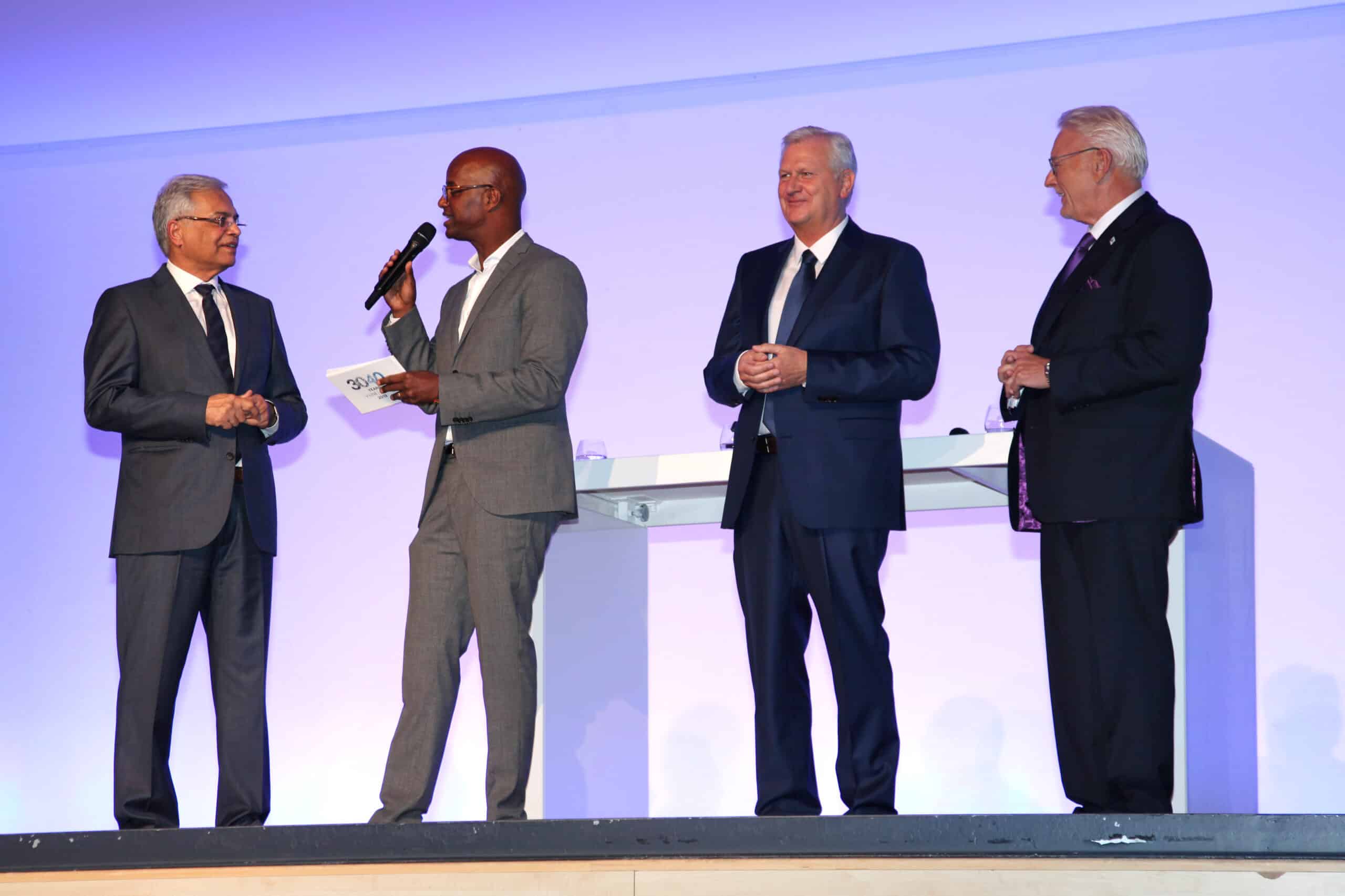 Great music, great food and a stage full of great program: V-LINE’s 30/40 anniversary celebration on September 6 included all components for a big party.

Great music, great food and a stage full of great program: V-LINE’s 30/40 anniversary celebration on September 6 included all components for a big party. More than 400 guests came to eat, drink, chat and party together in the Niedersachsenhalle in Hannover. After a warm reception, the guests could take a seat and the official program started. Yared Dibaba, a famous TV anchor, led through the evening in a relaxed and humoristic way. The official new company movie opened up the program, afterwards CEO of V-LINE EUROPE Detlef Daues, Klaus Menzel, COO of V-LINE EUROPE, and CEO of V-LINE MIDDLE EAST Shahzad Haider – the 3 men who established and grew V-LINE from the very beginning – welcomed and especially named special guests of business and private, the “V-LINERs” as well as assorted business partners and companions. Next, the stage belonged to Philipp Rösler, former Federal Minister of Economics and Technology and Vice Chancellor of Germany, who talked about the role of Europe between USA and China.

After his keynote, 3 young employees of V-LINE joined him on stage and asked him one question each, already thinking about future developments in this area. The future was then also the topic in the next movie “Team Future”, the new employer branding movie that was officially launched on that day. Detlef Daues afterwards came on the stage again, this time with his family, and announced his changing as chairman of the group and introduced the new CEO of V-LINE EUROPE, Tilman Mieseler.

With a lot of different impressions to talk about during the dinner, the buffet was opened for the guests. They enjoyed varying food referring to the different international offices of V-LINE. A big surprise awaited Daues, Menzel and Haider before the party started: The employees handed over a very special birthday gift: An own V-LINE song that a group of creative employees wrote, composed and recorded themselves. However, not only the song was played but a music clip was made about the creation. It was shown and all V-LINERs were standing up and singing along. A perfect start for the party! Live band and DJ ensured always a full dance floor, shisha lounge, picture wall and drinks also satisfied the rest of the needs. The party was a complete success – also a reason why it lasted into the early hours of the morning. 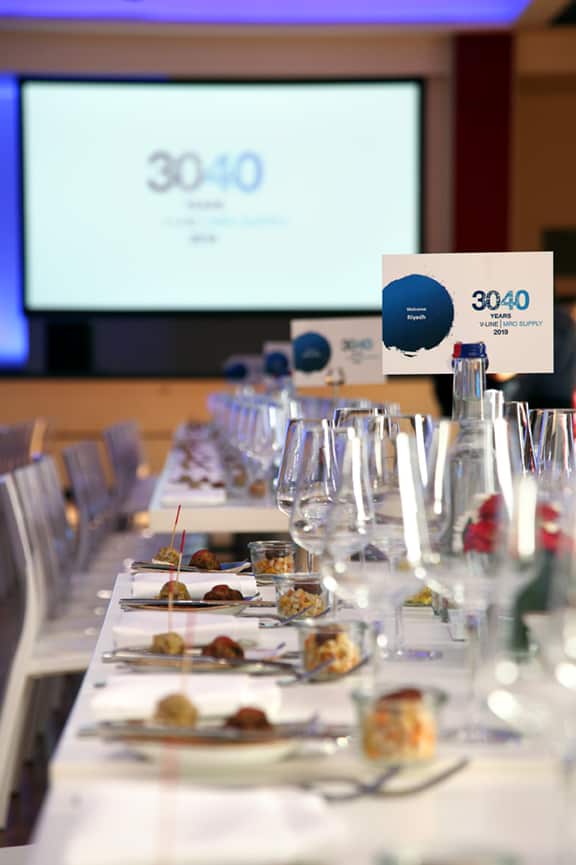 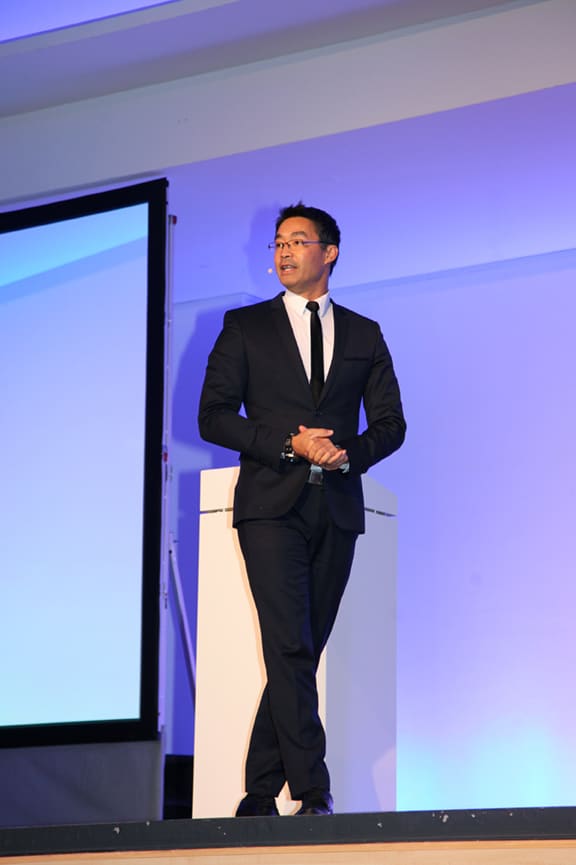 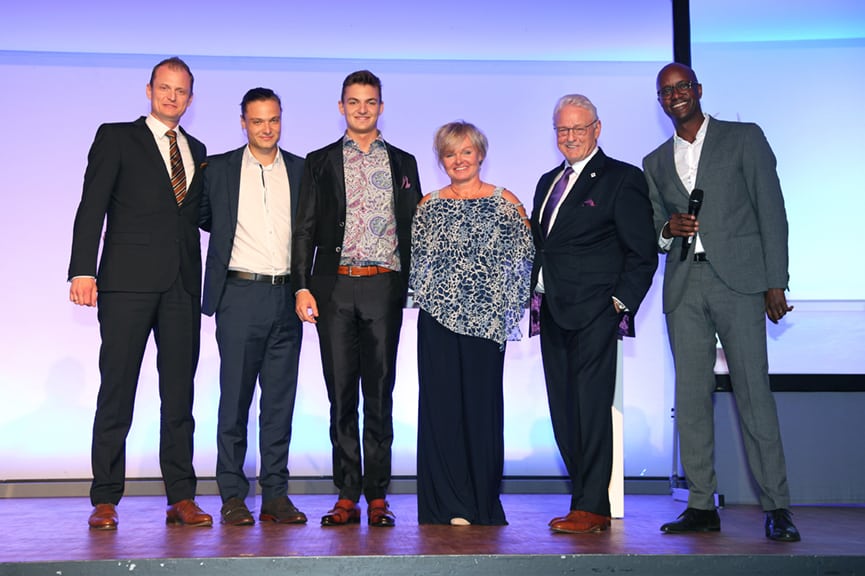 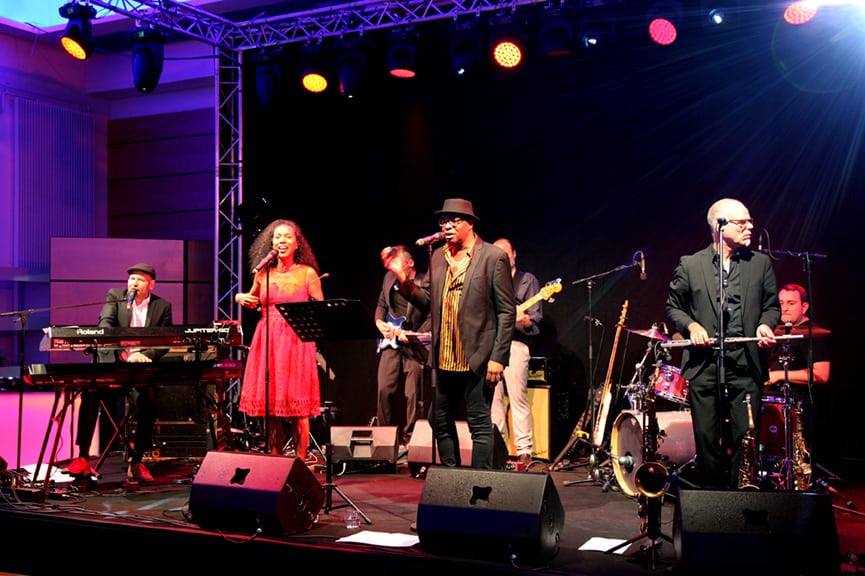