6 V-LINERS running for the giraffes 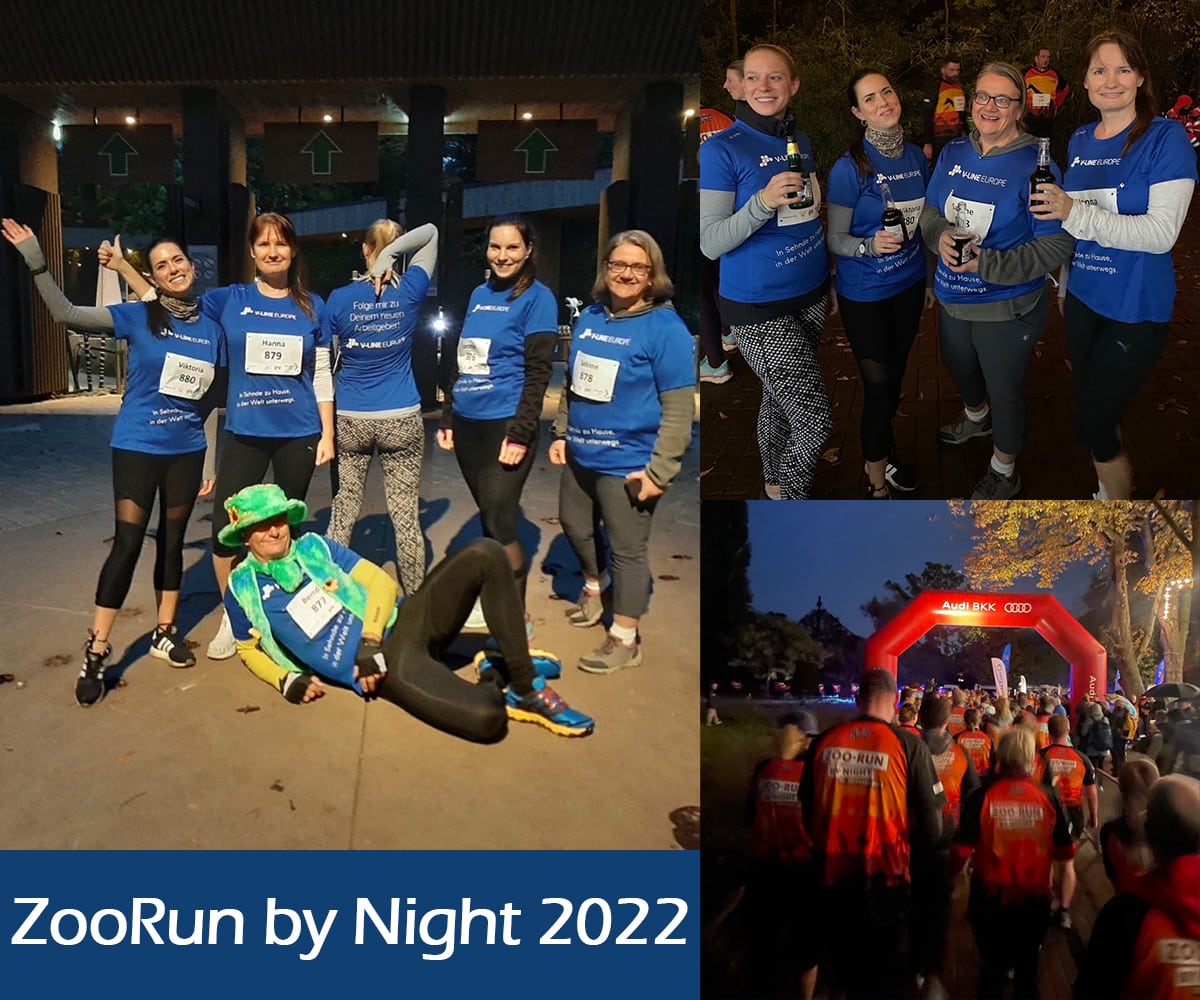 From outback to jungle to underwater: The running track of the ZooRun by Night that happened yesterday sounds quite spectacular. Also spectacular were the effects that all runners experienced throughout the 2.6 km route that could be circled up to 4 times: strobes, fog and more made it a very special run. Our diligent runners Viktoria Klimke, Hanna Ziball, Bernd Evers, Isabelle Hutschenreuter, Sabine Adler and Leonie Seebauer all finished their track despite a quite rainy evening. As the run was for a good cause, no times were measured. With every participator, the Zoo Hanover gathered money for the new giraffe house for protection and preservation of the endangered red-shielded giraffe. What better motivation could there be, right?